What is lyric poetry? Part 3 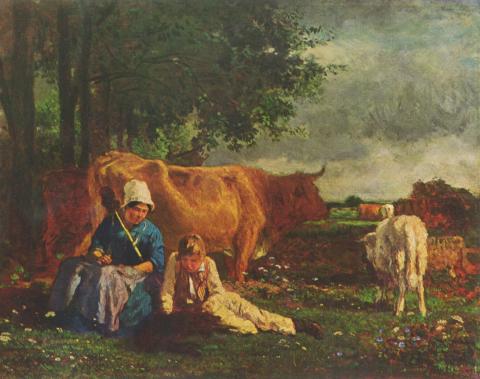 Elegy ("the reed flute") is a genre of poetry devoted to reflection. Originated in ancient poetry; originally so called weeping over the dead. The Elegy was based on the life of the ideal of the ancient Greeks, which had been based on the harmony of the world, proportionality and balance of being incomplete without sadness and contemplation, the categories and moved into the modern Elegy.

Elegy can realize how life-affirming ideas and disappointment. Poetry of the XIX century has continued to develop the Elegy in "pure" form, in the lyrics of twentieth century Elegy to be found, rather as a genre tradition, like the special mood. In modern poetry the Elegy is a plotless poem is contemplative, philosophical and landscape character.

A sonnet is a poetic genre known as hard form: a poem consisting of 14 lines, in a special way organized in stanzas, with strict principles of rhyme and stylistic laws. On the form there are several types of sonnet:

The content of the sonnet is also subject to special laws: each stanza is a step in the development of one General idea (thesis position), so the sonnet refers not so much to narrowly lyrical as to the intellectual and poetic genres.

This lyrical genre was born in Italy in the XIII century. Its founder was the lawyer Jacopo da Lentini; through one hundred years continue masterpieces of Petrarch. In the art of poetry, the sonnet is considered one of the most difficult genres. In the last 2 centuries poets rarely adhere to a strict rhymes, often offering a mixture of different schemes. Such content dictates features language: