What is haiku and how to write it Part 5 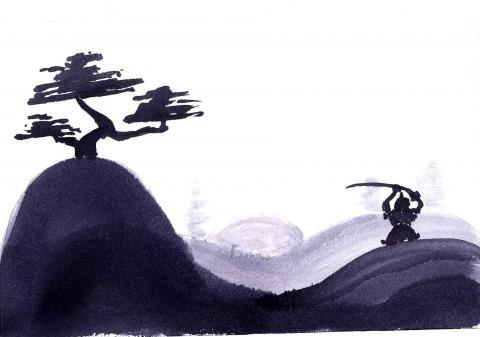 On the surface, simple sense distracted, and now for work. But look on the fourth line "flying time". Time of youth, game of love, of life everyone feels differently. This volume (the free variation of perception). Reason Kitsune left the word "time" on the second line. Important are and more punctuation. They give the initial reading. When the reader turns into a haiku reader, he begins to see and the fourth row and all possible meanings (removing all punctuation when reading). When re-reading for a knowledgeable reader will see yet another variation.

Along with the butterfly flew away and "it's time to cook dinner". Amazing transformation of the adverb "time" into a noun.

Briefly about what not to do when writing haiku

When haiku or contrast two understandably this clear, the bridge is built and allow us to move from one visible space to another. But there are haiku, which is only one coast the one where it all starts, which is one end of the bridge. The other lost in a mysterious haze in verse. We can only feel the depth and alluring beauty of existence through cleverly created no haiku, lay on the components of subtle hints flying around this verse so simply cannot, it can only breathe. It is necessary very carefully, gently and deeply, almost meditative to listen to the world, the nature of his soul, and then, perhaps, the beholder may be revealed.

And finally one Oriental proverb echoes the poetry of haiku. New Imperial garden was preparing to open three years. Finally, all the work was completed, and the Emperor invited all the know admire the beauty of the garden.

Everyone was delighted and kept praising. But the Emperor was interested in the opinion of the Master Lin-Chi, who was considered the unsurpassed connoisseur of this art form. When the Emperor turned to Lin-Chi, everyone turned around, and there was silence. Lin-Chi answered.

Strange, but I don't see a single dry leaf. How life can exist without death? Due to the fact that there are no dry leaves, dead garden. I think this morning it very carefully swept. Tell them to bring some dry leaves.

When the leaves are brought and scattered, the wind started to play them. The rustle of leaves and the garden is alive! The master said.

All right now. Your garden is beautiful, but it was too neat and tidy.