What is haiku and how to write it Part 4 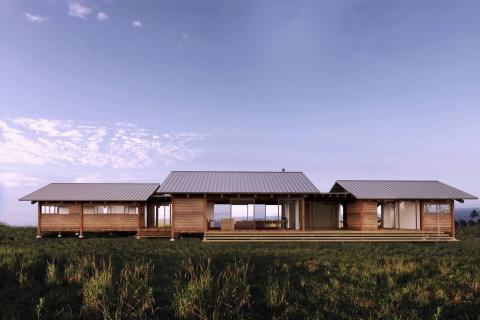 Haiku in the Middle ages was called poetry sincere feelings and deep thoughts.

In order to give a second reading to change to connect three lines of the eternal and transient, natural and human, tall and ordinary to say a lot through a small, showing the close relationship of all things, a haiku must be able to condense a feeling, a memory, a feeling. Such semantic concentration and accuracy can be achieved in several ways.

The author of the haiku does not name a feeling, and calls it, pushing the reader to deploy his chain of associations. The created image should resonate with the consciousness (or subconscious) reading, without explanation or chewing. The effect, called haiku, compare (in the opinion) with the effect of the unfinished bridge to move on it at the "opposite shore" can only be completed it in your mind.

The intuitive penetration of visible and tangible face of the world is provided thanks to the precisely selected measure of vagueness, emptiness around specific strokes are shown everyday life in three lines of haiku.

The feeling you want to convey should be "bottled" in a haiku, and not marked with the words "what a longing", "I feel so bad", "love is gone", "I fell into the world sorrow", etc.

A haiku using the words should sum up to the gate of knowledge, after which the words themselves become unnecessary and can sometimes be internal pause intuitive knowledge. Haiku as poetry uses words of language in order to reach the space of no language. (Under the doctrine of silence in Zen influenced haiku poetry, the word is an imperfect means of communication, it can only suggest, hint.)

After reading the reader should experience an emotional response, after which the second wave begin to turn around associations based on personal and perhaps impersonal experience.

Don't let the reader a ready-made big Mac, let the ingredients of your haiku will be fresh, full of energy and natural let they are connected only in the mind of the reader.

"Buson is really a reliable feeling in his hand clamped butterfly, but this particular butterfly can be seen more broadly as human life in General, and more prepared for the reader the words "dream" and "butterfly" placed side by side, will inevitably cause Association with the famous parable of Chuang Tzu. That once dreamt he was a butterfly, and upon awakening he could not understand whether it is Chuang Tzu who dreamt he was a butterfly, whether it is a butterfly, which was dreaming that she was Chuang Tzu. Thus, the meaning of the poem more and more expands so thrown into the water stone leaves behind divergent circles on the water" ("Japanese poetry").

That his feet were attacked not just in some kind of Bay, and in the Mermaid, immediately displays a specific event beyond the experience of the individual remember the fairy tale of Hans Christian Andersen. "The Mermaid" is read as a reminiscence, i.e., perceived as a technique, widely used in classical Japanese poetry. The verse is perceived naturally and easily because gracefully and lyrically full of interest to the Cultural.

Try to show the unusual in the usual situation. The medieval Japanese many built on this principle, often accompanied by shouting, for example: "And suddenly, Wisteria color".

The plane seems to be attracting the attention of the viewer closer to the beauty of the cloud. But how would this fact are filed accurately, using a "natural coincidence".