What is haiku and how to write it Part 3 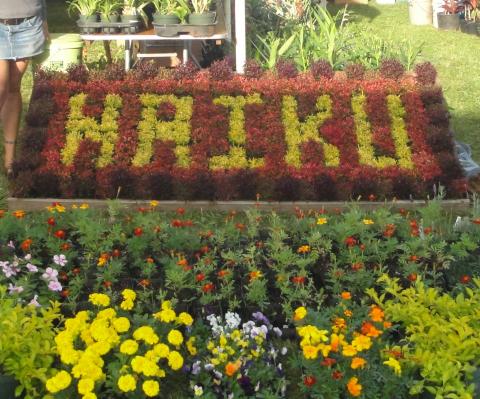 If no words can do in a haiku, try without it. Avoid repetition of words, root words, meaning oil of any oil if it is not a conscious idea.

They say that a haiku is a meeting place of the author and the reader. This co-creation is possible only if they both are in the same semantic and cultural field. Perfectly understandable man, one nation and haiku all the time is dealing with may not be clear to a person in another country with different customs, habits, traditions.

Similarly, it may be the game into an empty net description of the experience of the person with another, "emotional planet". So if you want to write a haiku that will be able to understand other people, first think about how to build a bridge from the image that appeared in my imagination the image that should arise from the possible reader.

Draw a picture showing the bare minimum, but put it in a fraction of the semantic of gunpowder. Focus on one or two related details so that you can grasping the end of the thread, unwinding the whole ball. The reader should ask the question "Why?" or "Why?" and himself to find the answer.

The spiritual unity of man and nature, the idea of a single essence of the world revealed in the form of a little living creature crab, touching the leg. This image also creates an additional sense of transparency, freshness and interacts with the image of clean water.

The first two lines of the author's attention focuses on the image of the crab, and the space haiku is compressed to a minimum. The last line pushes the boundaries depicted. The image enclosed in it, is not just about water clarity, it also serves the purpose of removing the emotional content of a haiku of an image, a single phenomenon in a plane that is not spatially limited.

The feeling should not directly be expressed in the appearance of a haiku, it does not describe and don't even call, but only show its symptoms. Means of artistic expression play a significant role in creating the atmosphere that lead to perception of this feeling.

Write about real, not fictional events, use simple words

Do not say pompous, pretentious, or use "buzzwords" that are understandable only to you. Show me anything the way it is. But connect the images within a haiku so that they could touch, to touch readers, make them think. Imagine that you are the Director of the movie, and all you have is three moments and images, which can be removed without special effects; you have odors, touch, heat, cold and pain that can be felt by the senses.

How would you then told. Or rather, showed. For example, that night you received news that you girlfriend left you up all night and in the morning went to burn the yard dry leafless trees on a fire because you have nothing else to burn, you have even letters left?

Maybe it was the pain from the tooth or from old wounds? And it is possible. But to decide which path to choose reader, you only need to draw the semantic map of roads in three lines.