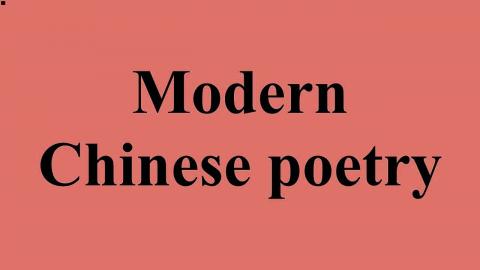 Modern Chinese poetry is a terra incognita for a simple reader. Meanwhile, its history counts almost a hundred years, if we consider the "Experiments" from the publication of the collection of Hu Shi (1891-1962). The publication of the "Experiments" in 1919 marked the emergence of the phenomenon of modern Chinese poetry - in contrast to traditional poetry on the classical vanyan. But for the emergence of a truly modern poetics, China's opening up to the outside world after the Mao Tse-tung era (1949-1976) and overcoming the socialist realism's legacy in literature was important. The conditional release date of the Chinese avant-garde to the poetic proscenium after a long existence in the underground can be considered 1978 - the beginning of the publication in Beijing of the unofficial journal "Today". It became a sign of the birth of modern Chinese poetry.

The language of modern poetry absorbed and transformed elements of the classical and colloquial language, a lot of borrowings, neologisms, dialectisms, alien punctuation, and sometimes foreign words, directly included in the text. This language hinged impossible connection between the two poles of "otherness" - the Western culture that bombarded China since the middle of the XIX century, and its own tradition of classical verse. The separation of today's Chinese reader from this tradition is conditioned by the language barrier - it is almost impossible to read classical poems without special training. Perception is hampered by the reader's disconnection from the general context of the culture of intellectuals who created the phenomenon of verse as an integral part of the life of the educated elite. Poetry has always occupied a special place in Chinese culture, highly philological and text-centric. That is why the modern poet is doomed to write in the shade of the aesthetic colossus of classics in a language whose history fits into the century (and if one counts from the official birth of the state language of the Putonghua in 1956, it is almost half the size).

Change of language is one of the keys to understanding how contemporary and traditional Chinese poetry interacts. The first collection of "new" verse was called "Experiments". For the same reason, most modern Chinese poems are vers libra, which, it turns out, is much easier to write than to try to transfer to European soil the European formats of metrized poetry. 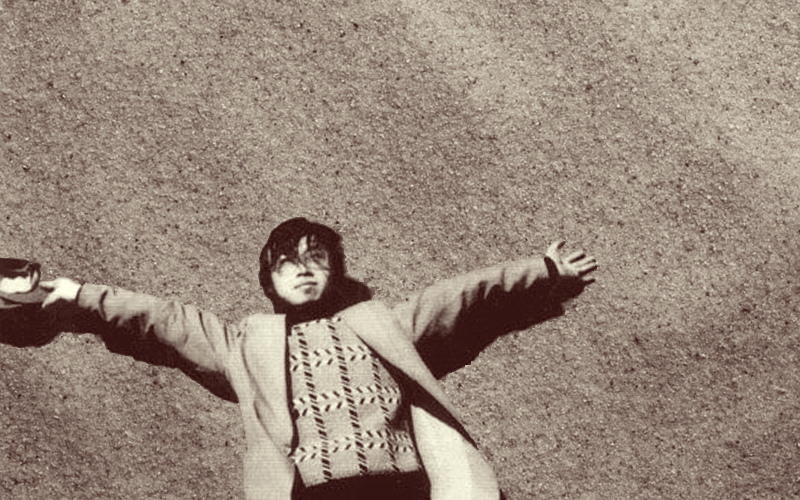 Having changed the form of the verse, modern poets continue to rely on traditional poetics. A decisive break with the tradition of the early twentieth century over the centenary path of "new" poetry has become much less radical. It turned out that both classical and modern poetry tend to create a language that breaks with the "prosaic" nature of reality. The trauma of the "cultural revolution" pushed our contemporaries to create new ties with the tradition in return for the lost. These links are multidimensional: they are stretched through all layers of text, from graphics to alignment of poetic identity. For example, the complexity of intraphase and intramontext structures, so characteristic of the poets Si Chuan (born 1960) and Ouyang Jianhe (born 1956), resembles the organization of Taoist philosophical texts. For Han Dong (born 1961), Sha (born 1966) and other provocative figures, the position of negation is clearly coming to the fore-the radicalization of poetic alternatives to interaction with the classics.

The transformation of Chinese society and culture, which began in the 1910s, ultimately led to the transformation of poetry, made the Chinese avant-garde closer to the American-European cultural space. This is felt in the ease with which Chinese poets operate with European realities, scatter the reference text to Greek mythology, European art, sometimes perceiving foreign authors as their predecessors. Chinese poetry of the last thirty-five years is a creative field, more integrated into the world's poetic space than ever. Many are actively engaged in poetic translations and transcriptions.

But rushing to the outside world, Chinese poetry still does not reach full openness. She moves towards us, but can not stop "talking in the jargon." It is not without reason that the stormy discussion in recent years about the problems of poetic language in China focuses on whether Chinese poets should imitate their Western "teachers" or whether they should write poems that address "ordinary life." The so-called panfeng debates in Beijing became an apotheosis of the search for "one's own" language. In 1999, a poetic conference dedicated to "the state of Chinese poetic creativity and the construction of its theoretical base" was held at the Panfeng Hotel. Panfeng debates divided the world of poetry of the People's Republic of China in the late 90's into two opposing directions. They were the culmination of discussions about the language in which Chinese poetry should appeal to its reader.

The essence of polemics was to determine how modern verse broke away from everyday life and in what language modern poetry should be created. The first, "intellectualistic" strategy was represented by the works of the poets Wang Jiaxin (born 1957), Tsang Di (born 1964), Xi Chuan, Ouyang Jianhe, Chen Dongdong (born 1961), Xiao Kaiyuya (born 1960), Sun Wenbo (born 1956) and others. They believed that the poetic experiment should be aimed at demonstrating the independent nature of the language. This line, planned in 1999-2002, is preserved in modern Chinese poetry today. For example, Jan Xiaobin (born 1963) tries to push the boundaries of the language, experimenting with the expression of grammatical categories. He creates a whole cycle of poems, where the words "feminine gender" appear, denoting inanimate entities, whereas in the Chinese language the grammatical category of the genus is absent. "Folk" poets contrast the abstract experiment with the approximation of the language of poetry to colloquial speech, the maximization of their similarity, the rejection of the tropics (at least declared). A dialectal component plays a special role for "folk" poets, and colloquial - in theory - is often substituted for dialectal, slang. The main apologists for the "people's" approach are Han Dong, Yu Jian (born 1954), Zhou Lunyu (born 1952), I Sha, Shen Haobo (born 1976).